I vividly remember the relief I felt upon receiving my son Benjamin’s diagnosis of Primary Immunodeficiency Disease (PIDD) when he was about 20 months old.  It may sound crazy to some.  It’s not as if I wished for him to have a life-threatening chronic illness...no one would ever wish that upon their child.  But at the time, my mother’s intuition was in high gear and I just knew that something was wrong with my precious little boy.  The relief I felt was in finding answers, and also finding that there were treatments available to improve quality of life for Benjamin, and also for my husband and myself.

In August of 1999, we greeted our first son, Benjamin, with open arms and open hearts.  Our desire to build a family was only outweighed by our eagerness to get to know this beautiful new person.  Ben was a small baby (but not too small), and had a relatively normal birth with no major complications.  His first nine months were pure bliss.  I cannot remember a time when my heart was more full than in those precious early months.

Almost as if a switch had been flipped, at the age of nine months things changed.  Suddenly Benjamin was constantly ill with frequent infections.  They lasted longer than for his peers and were more severe and difficult to treat.  Following a year of frustrating visits to the pediatrician and emergency room, he was finally diagnosed with PIDD and referred to an Immunologist.

In short, Benjamin’s immune system was broken and he wasn’t able to make enough antibodies to fight infection.  This explained his numerous bouts with ear and sinus infections and pneumonias.  We began antibiotic therapy, and after determining that this would not be enough to keep him healthy, we began IVIG (intravenous gamma globulin) infusions that artificially replaced the antibodies he was missing. 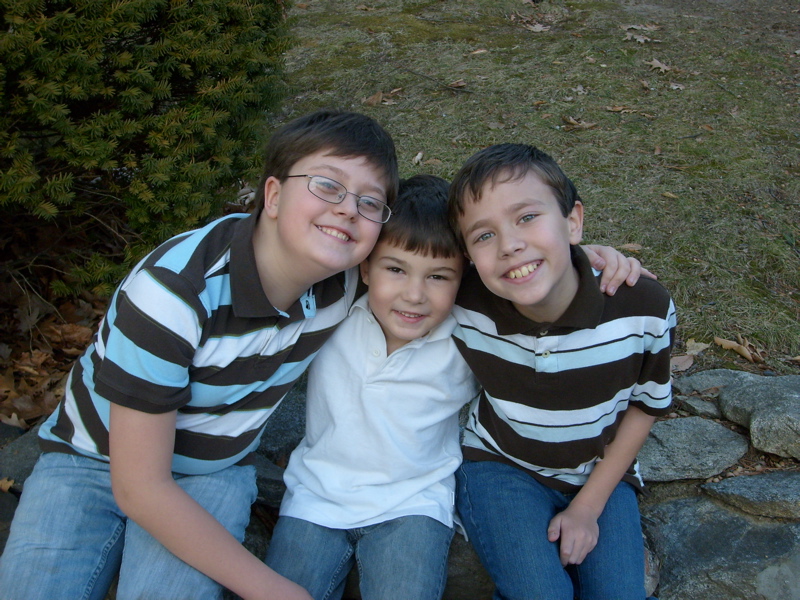 This was ten years ago, and Benjamin is now almost 12 years old.  In that time, our family has grown with two additional sons, Jeremy, age nine, and Matthew, who is almost six.  Our family life has never been more fulfilling, but it is also more medically challenging.  Unfortunately, both of our other sons are also living with PIDD and require gamma globulin replacement therapy.


Living with PIDD and IVIG

Over the years, as you can imagine, we’ve juggled a lot.  In addition to all of the usual exploits of a family of five with three rambunctious boys (school activities, sports, music lessons, religious school and scouting of course), we also run our own small business.  And because of the boys’ special health challenges, we incorporate infusions, numerous hospital and doctor visits, and above average time off from school due to illness into our routines.

The most common question I get when sharing our story is, “How do you do it all?”  The easy answer?  We don’t!  Our mottos here are, “adapt and change,” and, “expect the unexpected.”  Our treatment plans have changed since we began this journey--our means of support has had to change as well--and just when you get used to the new regimen, it’s time to change things up again!

When Benjamin first began IVIG infusions, he received them every three weeks in a hospital setting.  We traveled about an hour into Boston, spent about six hours there while he infused, and then drove one to two hours home in bad traffic.  It was truly an all-day affair.

In addition to that, since IVIG is a blood plasma product, there are unique side effects that may result.  Most common are fever, headache, migraine, nausea, chills, fatigue and irritability.  Less common and more serious are anaphylaxis and aseptic (non-infectious) meningitis.  Reactions can occur at any time during or after infusion for up to three days.  Premedication with Benadryl or another antihistamine, Tylenol or Motrin may help fend off reactions.  Some patients may require steroids to help with symptoms.  Changing brands of IVIG helps many patients if they are reacting to an additive of the medication.

For a few years, treatment was stable.  Jeremy and Matthew tolerated IVIG fairly well, only experiencing mild reactions.  Soon, the older boys were transferred to Home Care for their infusions with a visiting nurse, but Matthew continued to receive his infusions at the hospital since he had tiny veins and accessing them was challenging.  Benjamin was not so lucky.

Always prone to migraines, Ben had a harder time with side effects than his younger brothers.  In an effort to eliminate his reactions, we tried several things that usually work to help the situation:  pushing fluids and making sure he stayed well hydrated before and after infusion, slowing down the rate of infusion, as well as experimenting with several different premedications, and even changing brands if IVIG.  Unfortunately, things did not get better, and after six years of IVIG therapy, he began to experience more severe reactions, including aseptic meningitis and anaphylaxis.

The first time was truly frightening.  I was home alone with the boys and our home nurse had just left after disconnecting the IVs.  Benjamin had seemed a bit off all during the infusion, but his vital signs were good, and everything seemed OK.  Suddenly, he was unresponsive, his eyes were bulging and he began to convulse.  I did not realize at the time, but he was having a grand mal seizure.  My next-door neighbor came right over to watch Jeremy and Matthew for me until my husband was able to get home from work.  I then immediately rushed Benjamin into the hospital ER, since the ambulance stated that they couldn’t bring him to the Children’s Hospital.  Apparently, this reaction was caused by aseptic meningitis, a rare, but known side effect of IVIG.  The symptoms of this reaction lasted for six to eight weeks, and as a result, to this day Benjamin has had a permanent change in his vision, more frequent and more intense migraines, and is now also being watched for seizure disorder.

Following this severe reaction, it was determined that IVIG was no longer a safe option for him.  We then began a new method of getting him his gamma globulin, called subcutaneous infusion, which in our case is given weekly.  This method involves very small needles that are inserted into the skin and infuse into the space between the muscle and the fat layer.  The same side effects can still occur, but since the medication is not injected directly to a vein, they are less common and are usually not as severe.  New symptoms include redness, soreness, itching, burning or swelling at the injection site, but these are usually mild, and respond well to premedication or heat and cold packs.

At this point, we had all three boys on a different regimen.  Benjamin was receiving weekly subcutaneous infusions, Jeremy was receiving IVIG at home, and Matthew was still traveling to Boston for his IVIG.  My head was spinning!  Gradually, we were able to have all of the boys transition to the subcutaneous infusions, which we find in our family has improved the “normalcy” factor for us.  We are able to administer the medication ourselves, on our own time, in a comfortable home setting.  The boys have hand-carried pumps that allow them the freedom to move about the house, and even play Wii during their treatments!  Since their side effects are fewer and less severe, returning to normal activity is generally seamless.


PIDD’s Effect on Our Family

While we have been able--for now at least--to achieve some stability in our treatment plan, frequent illness still takes its toll on our ability to make and keep plans.  It’s not unusual for us to have to cancel parties and holiday plans.  It’s expected that we won’t show up for special events as a whole family since someone is bound to be home sick, and it’s never a surprise when someone needs to stay home sick for a day...or three, or a week.  And then, of course, you repeat it all over again when the other two catch whatever bug their brother brought home! 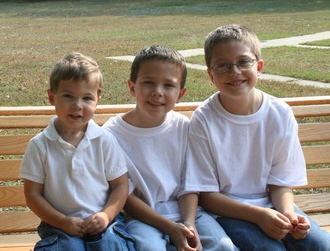 Dealing with the disappointment of missing out has always been a challenge.  We’ve had more than our share of tears shed over missed parties and games.  We’ve given away tickets to shows and events because things changed at the last minute.  Each one of the boys has spent their birthday as well as a major holiday in the hospital.  How do you explain these situations to a child?

As a result, the boys have each gone through phases when their health has caused some form of depression.  Benjamin went through a period of withdrawal and sadness.  Jeremy has had periods when his depression has manifested as behavior issues.  And Matthew went through a phase of obsessive hand-washing trying to eliminate the invisible germs so he wouldn’t get sick anymore.  Love, hugs, talking and lots of family time has helped us to weather each of these storms.  We are fortunate to have a very strong marriage and friends and family who will drop everything to be there in our times of need, whether it’s offering to watch them while a sibling is hospitalized, or taking them on a special outing to cheer them up, or helping with transportation when necessary.  And of course, they have always been available to listen and encourage.

So while it’s true we have a lot going on and our lives may not be what’s considered “normal,” it is normal for us.  While I wouldn’t wish a chronic illness on anyone, let alone my own child, and certainly not all three of my children, I can say that I am grateful for the people we have met along the way, and for the beautiful young men my boys are becoming right before my eyes.  They see the world from a unique perspective because of their experiences.  They are quick to volunteer when help is needed.  They are compassionate.  They care.  And that makes it all worthwhile.

The information on these pages is not a substitute for appropriate medical care.  Please contact your child's physicians before making any changes in your child's care.  Complex Child is for research purposes only and does not constitute medical advice.